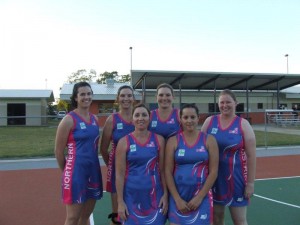 After a long process Northern Districts are happy to a see all senior and Under 17 players attired in our new uniform.  The club decided to move into the modern times and change from body suits to the one piece A-line dresses, as worn by the Australian team and Trans-Tasman clubs. Players have also received their training tops, used on training days and match warm-ups. We have stayed with the traditional club colours of royal blue and pink, but have chosen a funky new design.

The Mitchell Centre logo is featured on the chest pocket area of uniforms. This year the Mitchell Centre shopping complex is a blue sponsor of Northern Districts and has provided generous support in assisting the club to obtain the new uniforms. I would also like to thank the following companies and people who helped us to reduce the costs associated with getting our teams on court in the new club attire; 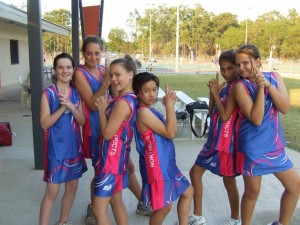 Juniors looking 'gun' in their uniforms

NETTA through to under 13’s have also received new uniforms in the same design, but we have stuck to two piece outfits for these grade. Unfortunately an ordering error has meant that adult sizes were sent instead of youth and the younger girls are still waiting, but I am hoping that this situation will be resolved by start of the second half of the season. The under 15 players were very excited about receiving the seniors body suits and don’t they look grand. The club decided that passing the body suits on to the younger girls was a sound financial decision as these uniforms were still in very good condition.

JS Sports supplied our new uniforms and I would like to thank Joe for all his help.

Northern Districts Masters (Div 1) will continue to wear their black and silver outfits for the forseeable future.