The first ever game of netball for our girls, they tried hard, but struggled against a team that had obviously played before. They ran out of legs and got very tired at the end. Thanks to Lachlan and Lydia for filling in. Managed to score some goals and got to see how they all performed in different roles on the court. Hopefully practice will now see more relevant to all the girls.

Are you a primary school teacher who is passionate about netball? Then the NetSetGO! Schools Ambassador Program is for you!

Teachers as Ambassadors for Our Game

The NetSetGO! Schools Ambassador Program has been designed to ensure that netball has a continuous presence at schools and ultimately becomes the sport of choice for young girls. The program offers some exciting benefits to registered ambassadors and, best of all, it’s FREE to join!

Netball Australia and its state and territory member organisations are seeking passionate primary school teachers to become School Ambassadors. Registration is open to: 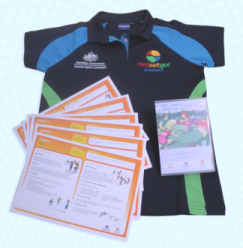 As a NetSetGO! Schools Ambassador you will have access to:

Click here to register to become a NetSetGO! Schools Ambassador. 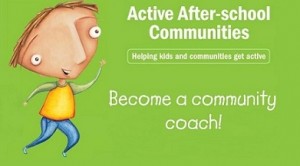 Latest news is that the new season will start on April 13th. Sign on is next Saturday at the Marrara courts from 9 – 11am. All players will need to complete new registration forms before they are able to play. I welcome all new and returning players to come down and say hi and get your name down. A starting date for training will be finalised by the end of the week, possibly March 14th.

I am keen to get new uniforms for the season and as such am looking for club sponsors. If you know any one who might be able to help us out, drop us a line so that we can send then out an official club proposal letter.

I am pleased to say that at this time we already have an excellent stable of coaches ready to get our girls onto the courts.

If any one can help out at sign on that would be great. It is usually not too busy, but an extra pair of hands is always useful.

If you are not going to play this year could you please let us know so that we can get playing lists organised and I am not chasing up players. Thanks to all those who ahve already replied to my earlier emails.

I have just received the new 2011 calendar for this season and the starting date for juniors has been rescheduled for April 13th. This gives us a bit more time to plan as I would like to order new uniforms this year and am trying to secure a sponsor. If any one can help with this, at any level, let us know.

I am happy to say that Jodie Shaw has returned to the coaching panel, and is very keen to work with our juniors again this year. This is great news for the club – maybe Darcy can finally be rid of me!

Thanks to all the girls and families that have replied to my earlier email, I appreciate the positive response. The DNA will be setting a date for junior sign on soon, and then training dates will be organized – I am hoping to start training at least 4 weeks before the season starts.

If people are interested in helping out at all this year – umpiring, coaching etc then be aware that all volunteers over 15 have to have an ‘ochre card’. It is pretty easy to get, and needs to be done before the season starts. The forms can be found on the government website, or just Google it. I will need to sign these forms, so the sooner the better.

Looking forward to seeing you all soon.

Netball NT has posted info for phase 2 of the 17U & 19U selection trials for the 2011 nationals. If you’re looking at being involved as a player DON’T DELAY. For more info click here or contact the Netball NT office on (08) 8945 1733 or via email.