Northern Districts Eagles Netball Club is proud to offer to its members participation in the 2019 Athlete Development Academy.  This academy is designed to promote long term athlete development by improving strength, speed and overall physical competency, along with promoting other aspects relating to becoming an elite athlete, such as; nutrition, leadership, drugs in sport, injury prevention etc.

This is not a netball academy!  The attributes developed will be beneficial for any sport played and can also prove beneficial in school, work and social life.

With workshop presentations by NTIS coaches and Netball NT and Sports Medicine Australia representatives, the academy will prove beneficial for not just athletes, but coaches and parents also.

Benefits for the athlete

By improving not just strength, but overall physical competence, (the ability to move, bend and stretch correctly), athlete’s ability to learn and develop sport specific skills will improve, leading to increased sporting confidence and success, along with reducing the chance of injury.

Develop an understanding of the requirements for elite level competition, allowing for a smoother transition upon selection to representative teams.

Benefits for the coach

Develop an understanding of how to improve their athlete’s all-round physical capabilities and realise the benefits for long term athlete development.

Benefits for the parent

Develop an understanding of how to best support your child’s sporting dreams, both at home and on the playing arena.

Understand the processes and the reasons for these processes, put in place by coaches and sporting clubs to aid in the sporting development of your child.

Coaches and parents free of charge

Our club presentation day was held on Sunday at Leanyer water park. A number of awards were presented for the contributions made to the club.

Northern Districts Coach Dave was presented an award for the guidance and support he has provided to the club in past and recent times. We’re very grateful to have such a fantastic coach on our side, Dave! Thanks for the wonderful contribution you’ve made.

Congratulations to Coach Claire Elliston on her Life Membership award. Claire has been instrumental in the establishment and ongoing management of the Northern Districts Eagles Netball Club. Her dedication and commitment to the Club, particularly the development of our junior players hasn’t gone unnoticed and today, the club acknowledged her efforts.

One of the greatest challenges with any sporting club is staying in a healthy financial position. Thanks to Ben Manfield for his efforts establishing effective systems to keep our finances on track. Working in collaboration with Tanya Hollamby, our Treasurer, they’ve assisted the club to stay in the black.

Thanks to junior coaches Ellen and Chloe who trained our Nettas, and coach Glen Ridley who lead our Under 11’s.

Northern Districts are very proud of the fact that every one of our Junior Teams made it into the Grand Finals in 2018. Well done coaches and players!

And a HUGE thank you to all our sponsors throughout the season. Thanks to the Airport Tavern, Fannie Bay Gourmet Meats and the Parap Bakery for supporting our presentation day. 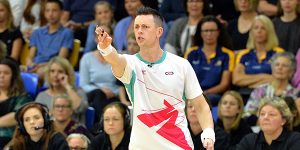 The Cricket and Football Shop

For more than 20 years, our family business has been providing Territorians with quality garments and sporting goods suitable to the Top End conditions. We manufacture and source best quality garments, in accordance with Australian Standards and are made to last. We place a strong emphasis on customer satisfaction and believe the key ingredient to return business, is quality customer service.

Here at the Cricket & Football Shop we are passionate about what we do, we like to produce the BEST embroidery, the BEST screen-printing, the BEST quality corporate garments, uniforms and sportswear, at the BEST possible prices and with the BEST possible service.

Our showroom warehouse and office is conveniently located in the central Darwin suburb of Winnellie, we are open 6 days a week Monday to Friday 9 am till 5.00 pm and Saturdays 9.00 am till 1.00 pm. No appointment necessary, customers are welcome to drop in any time to browse the extensive range of showroom of samples or discuss in detail their uniform, embroidery or screen-printing requirements. Our experienced friendly sales team are always happy to help.

Edge Health Club Casuarina is a modern facility with everything you can expect from a modern premium fitness centre.

Our club is one of Darwin’s biggest gyms, which has so much to offer our members. We are fully equipped with the latest high-tech cardio machines which are great for all levels of fitness and age.

The Functional training area is without a doubt the biggest and best in Darwin. It is our most popular feature in our gym and our members love it.

For all our members with children, our Creche facility is ideal when you need child minding whilst you exercise. Our friendly staff will take care of your children giving you peace of mind knowing they are close by while you exercise. 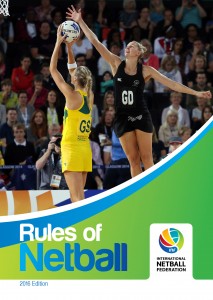 All players will be required to submit a DNA player nomination form if they intend to participate in the upcoming 2011 season. Forms should be completed and returned to Sue as soon as possible. Juniors can submit their forms at the sign on day this weekend. If you have any queries please speak to Sue or send the club an email.

The first ever game of netball for our girls, they tried hard, but struggled against a team that had obviously played before. They ran out of legs and got very tired at the end. Thanks to Lachlan and Lydia for filling in. Managed to score some goals and got to see how they all performed in different roles on the court. Hopefully practice will now see more relevant to all the girls.